2019 and 2020 so far have been peppered with remixes and recreated versions of songs that we once used to love. With the added tempo and beats to the songs, one can’t help but groove to it eventually. But there are some that should’ve stayed where they are or at least that’s what many on the internet think. When the teasers for the new music video starring Sidharth Malhotra and Tara Sutaria came out, people were already skeptical about it. While a lot of them were excited to see Sid and Tara’s jodi together again, they weren’t as pumped to know that one of A.R Rahman‘s classic compositions were being rehashed for it. Yesterday, the recreated version of Delhi 6 song Masakali was released and as you can imagine many on the internet had some not so happy opinions about it. But everything asides what matters most is what the original composer A.R Rahman thinks and looks like he’s not too happy about it either. He took to his social media post about the same. While he didn’t drag the recreated version of his song through the mud, he put out what it took him to compose the original. 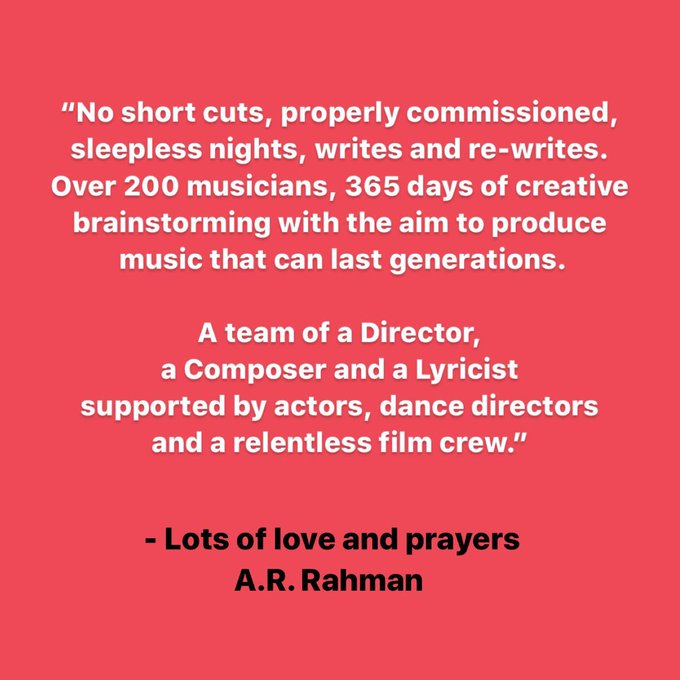 A lot of people on the internet agreed with A.R Rahman and some even commented on the development saying now everyone knows what it takes to piss off the most non-violent person in the world. The original track was sung by Mohit Chauhan and lyrics penned by Prasoon Joshi. The song featured Sonam Kapoor and Abhishek Bachchan.
The new version has been sung by Tulsi Kumar and Sachet Tandon, with music by Tanishk Bagchi. The recreated version has resulted in a meme fest across the internet as well.

Steve Smith finds his T20 range after changing his grip

Review of the Lenovo ThinkPad X1 Carbon: There’s competition for the...

Steve Smith finds his T20 range after changing his grip