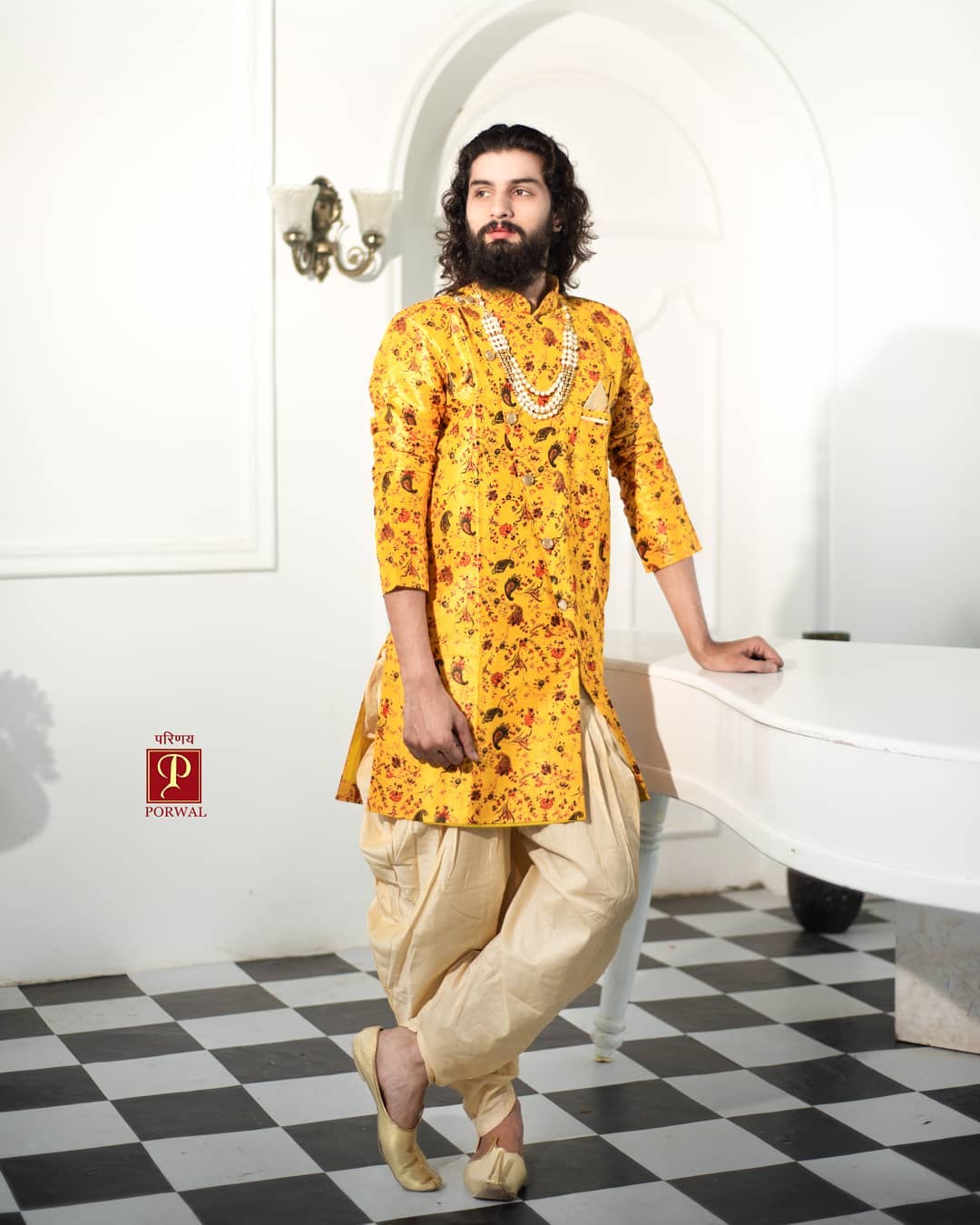 A sassy lad with long hair and a long list of ambitions is the best way to describe the Mr. Fabb Madhya Pradesh 2019 Winner – Prashant Gupta. Hailing from Tikamgadh, a small town in Madhya Pradesh the go-getter Prashant can give any of his urban mates a run for their money when it comes to looks, poise, and confidence.

Even though he always aspired to be a model, he was formally inducted in the world of modelling and got his first platform through Mr. Fabb. During his audition at Mr. Fabb Prashant had the looks and potential of becoming a successful model, but lacked the finesse and confidence.

Mr. Fabb along with Miss Fabb and Mrs. Fabb is the only pageant in the country that does city-level auditions as well as city-level finale shows. It is the ambition of the Miss Fabb foundation to provide patrons like Prashant a platform to showcase their talent irrespective of the city or town they belong to in India. Prashant is a living testimony of how the right stage can amplify keen individuals to larger heights.

Prashant had auditioned for Mr. Fabb at the behest of his close friend, who was also a participant of Mr. Fabb in the previous year. And after a lot of coaxing and encouragement, Prashant did crack the audition at Mr. Fabb Madhya Pradesh amongst thousands of other aspirants.

Once he entered the contest, as guided by his mentors Yash Bhuptani and Vaishali Varma, Prashant carefully followed their instructions which edified Prashant’s journey. Another aspect that glorified Prashant’s journey and eventual winning the title was that, unlike other similar pageants, the Mr. Fabb contestants can choose any language between English and Hindi, based on their preference and comfort with the language. The Hindi language being Prashant’s forte did not affect his rankings or standing at the competition.

An ardent learner Prashant took great interest in every aspect of the training and grooming and was humble and friendly to everyone including his fiercest competitors. The photographers would spend hours shooting with him as Prashant loved to improvise and would never be tired until the photographers got a good shot.

Today, these skills that she harnessed at Mr. Fabb are at his disposal in the modeling world, where he has shot for a plethora of clothing brands with the same enthusiasm. He can be spotted on many billboards in Indore and other cities in Madhya Pradesh.

Calm, composed, chivalrous, compassionate, and visionary – all the qualities one would seek in a desirable young Indian man, and with lots of enthusiasm, he has a billion dreams and is ticking off each dream with earnest hard work.

Besides modeling, the restless and relentless Prashant enjoys traveling. If not accompanied by his friends, he heads for solo trips exploring the lengths and breaths of the country. Prashant considers his parents to be his pillar of strength and believes that if it hadn’t been for their encouragement, Prashant would have not scaled such heights (no pun intended).

In terms of fitness, Prashant tries to keep himself active and workouts are a must for him. He loves playing various sports like basketball and cricket. Being in the profession of modeling, he believes that fitness is not just about having six-packs or biceps, it’s more to do with being fit and healthy.

This Mr. Fabb Madhya Pradesh 2019 winner aspires to make the world joyful and corruption-free through whatever means that he has. Prashant Gupta attributes his success and the stature he has achieved to the golden ticket that Mr. Fabb gave him.

Prashant continues his journey as a successful model and has his calendar blocked. No matter how tall he might be, Prashant has his feet grounded and also continues working towards his goal of building a home for the underprivileged.