It is almost time to go back to Middle-earth! The Lord of the Rings: The Rings of Power – the latest big-budget iteration based on J.R.R. Tolkien’s wildly popular Lord of the Rings franchise releases in a matter of days. The show is set to chronicle the Second Age in all its glory. This means delving into new characters, unseen settings and creating a whole new world out of little more than the appendices. Showrunners J.D. Payne and Patrick McKay were tasked with bringing it all to life, a seemingly impossible feat, no doubt. The result is a series that promises recall for fans of the LOTR books and movies while foraying deeper into the lore that hasn’t been translated onscreen before. But if you ask Payne, it’s all in service of Tolkien and the fans.

In an exclusive interview ahead of the show’s release, J.D. Payne opened up about creating a Middle-earth for The Rings of Power and the “challenging dance” of getting it right with Peter Jackson’s sprawling movie series pretty much embedded in the collective consciousness of audiences.

Going into this show, was there a conscious effort to separate yourself from Peter Jackson’s Lord of the Rings films or did you want to draw from them?

I think we just want to continue to create a Middle-earth. There has been a long-standing tradition of wonderful artists who have got to make things in various media. You’ve got the. Ralph Bakshi films, you’ve got Peter Jackson, you’ve got John Howe and their paintings and Led Zeppelin’s music and these are really great artists so we just consider ourselves under the Tolkien umbrella. I was excited to learn from all the greats who have come before us and hope to do justice to Tolkien.

in Elvish. It’s really part of my life. Both Patrick and I just wanted to get it right. We know that it means so much to so many different people so we felt that if we could capture that special spirit and that special feeling that people feel when they read the books when they watch the films and go to Middle-earth. That’s what we really wanted to accomplish.

The Lord of the Rings: The Rings of Power which features Morfydd Clark, Rob Aramayo, Charles Edwards, Maxim Baldry, Owain Arthur, Benjamin Walker and others is set to arrive on September 2. 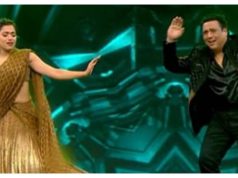 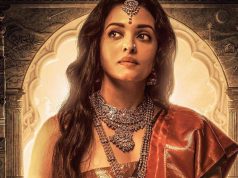